Freemelt has received an order for a Freemelt ONE system from a company in the United States of America with an order value close to 0.5 million USD. The system will be used for material development for new applications, and it will be delivered during the first quarter in 2022.

“This is the first order for a Freemelt ONE system outside of Europe which is an important milestone for Freemelt and with this order we now enter the North American market which we expect to become an important market for Freemelt” says Ulric Ljungblad, CEO and co-founder of Freemelt. 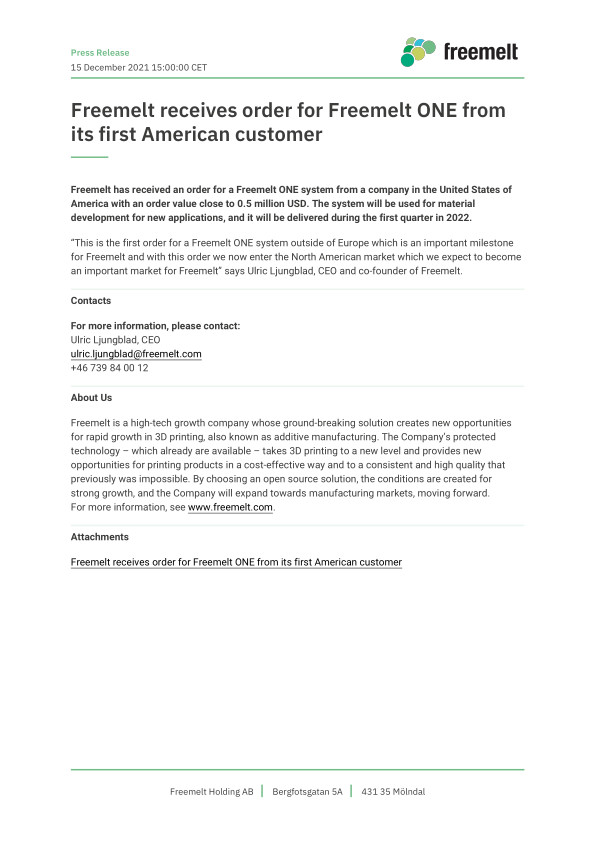