Freemelt has been informed that the company has received patent approval for application number US17/050924 from the United States Patent and Trademark Office (USPTO). The patent provides protection regarding a self-sealing build compartment for 3d printing with metal powder, which enhances the certainty of contamination-free 3d printing with Freemelt's method. Protection under this patent extends in the United States until April 25, 2039. In the same patent family, applications in Europe, China and Japan are still awaiting approval.

Freemelt's CEO, Ulric Ljungblad, says in a comment that it is very gratifying that Freemelt now holds its first approved patent and that this approval is important for the future for Freemelt on the American market. 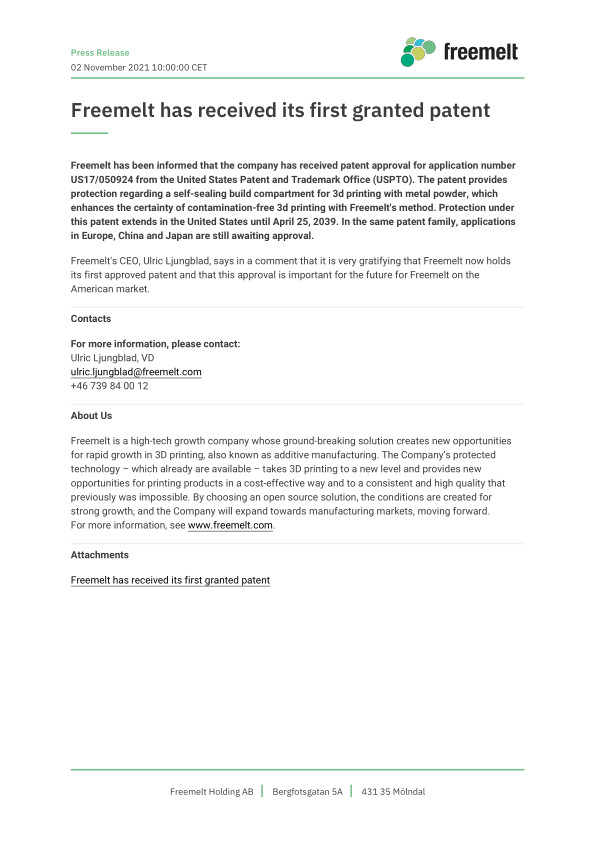